How did you find your way into TA, what’s your story?

Just like everyone else, I completely fell into it. In my case, it was a matter of avoiding a layoff, I saw it coming so I jumped into a role as an executive assistant for our CHRO. It was a fantastic way to get into HR and then talent acquisition; I got to see the bigger picture and a really high-level overview of what’s really important to the CFO and the CEO…and once I started to dial into employer branding, all of that stuff has been very helpful.

How did that come about?

I was seeing all these invoices for an agency that we were using and I thought, no one knows what they’re doing or what they’re saying on our behalf, and couldn’t so much of this stuff be done in house? It seemed that if someone in-house was creating our story or EVP, actually talking to our employees with a pulse on what was happening, it would be way more effective. That’s the way to make it authentic, right?

So, I started doing the employer branding stuff sort of as a side-gig until I started making it enough of a value that I could say, look, this is really a job. I made it a job! It was pretty fun because we hadn’t had anyone do that internally at all. I’ve made a few moves since then, but I’ve stayed in it and I absolutely love employment branding. It’s so cool, that intersection between marketing and HR and how we can learn from marketing to really advance our HR and talent acquisition practices.

What works best to engage and nurture candidates?

I think if they’ve already shown some interest, email marketing works really well. Because they’ve already opted in, they’re not going to be annoyed or think it’s spammy if they get an email once every couple of months. The trick is to make it super targeted so that the candidate is getting an email that makes sense to them. The worst thing to do is merely email everyone your list of Hot Jobs. We make sure it is relevant to them based on their interests. It’s key to harvest these interests so you know what is relevant to them. A tech person would get a completely different email than someone interested in sales.

And is that true for passive candidates, too?

I really like using landing pages for that. In hiring tech support people in Singapore, we didn’t have a super strong brand over there yet, so I built this great landing page that had pictures and some content that would make sense to that audience. We pushed through Facebook ads targeted to tech people living in Singapore who knew Linux. They saw my ad, it made sense and were much more likely to click through to our cool Landing Page where we had some jobs. They may not apply right away because this could be their first touch, but they now know that we’re hiring and they’re now thinking “who is Tenable?”

What’s one of your most favorite EB campaigns?

There was a cool raffle I did on Twitter for a cyber security event. We decided to give away a "hacking backpack" that was cool and trendy with that audience. I took a picture of it and Tweeted using the event hashtag the whole week leading up to the event. I also had all of our recruiters Tweeting this hashtag and joining in the conversation because we all know that people want to hear more from people than they do from brands. When someone clicked on the Twitter link, they went to a landing page about our culture, company and a few very targeted jobs. We got 2,500 people to view that landing page! I thought that was awesome — 2,500 views for just the cost of a backpack.

How do you get your company to stand out?

I think the biggest problem is that so many companies don’t even try. I have seen so many videos with ten employees sitting in a chair, saying why they love the company and they all say, we have the best employees, the best leadership, and it’s all the same. It’s really kind of boring. And it doesn’t differentiate. So, the key is to actively try to figure out what makes you different so that you can then promote it. We’re growing 40% a year, that’s going to be really attractive to certain people. And it’s not going to be attractive to others that want something stable. It’s important to find that differentiating factor, because it’s actually good if not everyone is interested in it. You only want the people that want how you’re different.

What’s the secret to converting great prospects into candidates?

They’re busy with their job and other things, they’re being reached out to by other people, other companies. They’re going to forget about you in a month or two, so checking in and making sure they know we’re still interested, that there’s new openings now and not letting them forget about you.

I think a lot of recruiters are just too busy with reqs. They have to think really short-term a lot, so it’s hard and I understand that, but it’s important to keep in touch. It’s why employment branding and recruitment marketing is so important.

Ready for more? Listen to Audra’s interview in full 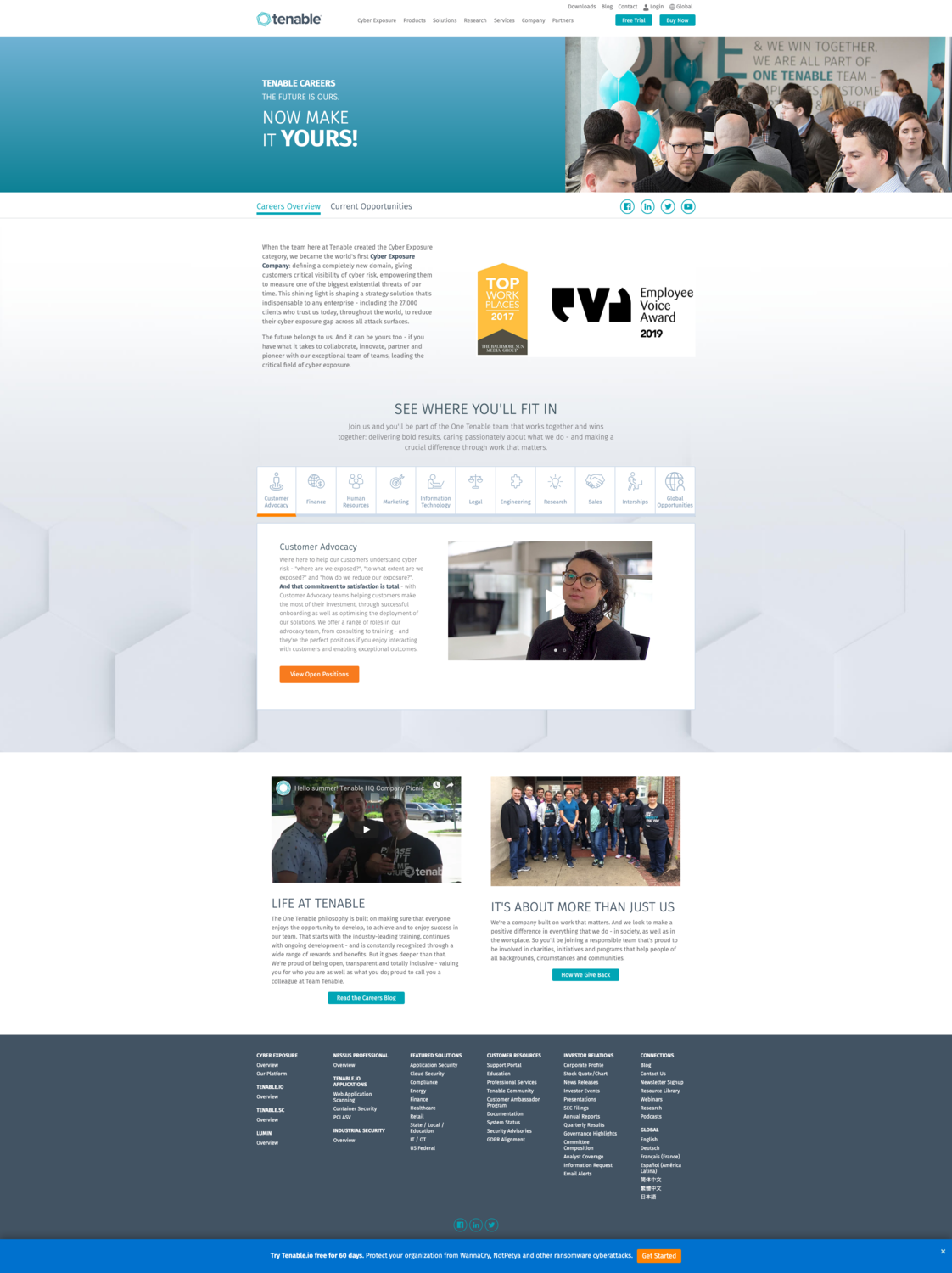 Candidate Communication: Save Time with Saved Replies in Clinch Talent

Can enhanced job description pages increase the quantity and quality of applicants?

Clinch partners with Google to transform the job search

Download our free guide to mapping the candidate journey

This site uses technology such as cookies to give you a personalized experience. Click below to consent to the use of this technology.